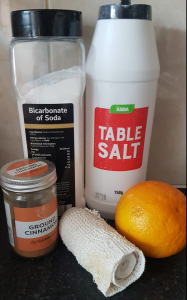 Did you know? Even the ancient Egyptians used science! Learn how they mummified their bodies with this easy experiment. They used science to preserve the bodies and now you can see how by mummifying an orange. 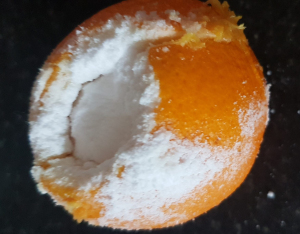 The ancient Egyptians used herbs and spices to keep the bodies fresh and to dry them out. They also removed the person’s insides and dried them out. Bacteria needs water to grow so if the bodies were dry, the bacteria couldn’t grow on them! After mummifying your orange, check it again in a few days!