Welcome to the second of Fun Science‘s CosWatch blog posts, which you can read through with your young scientist and learn the phases of the Moon.

This time, we’re going to be talking about the Moon, and why it changes shape! 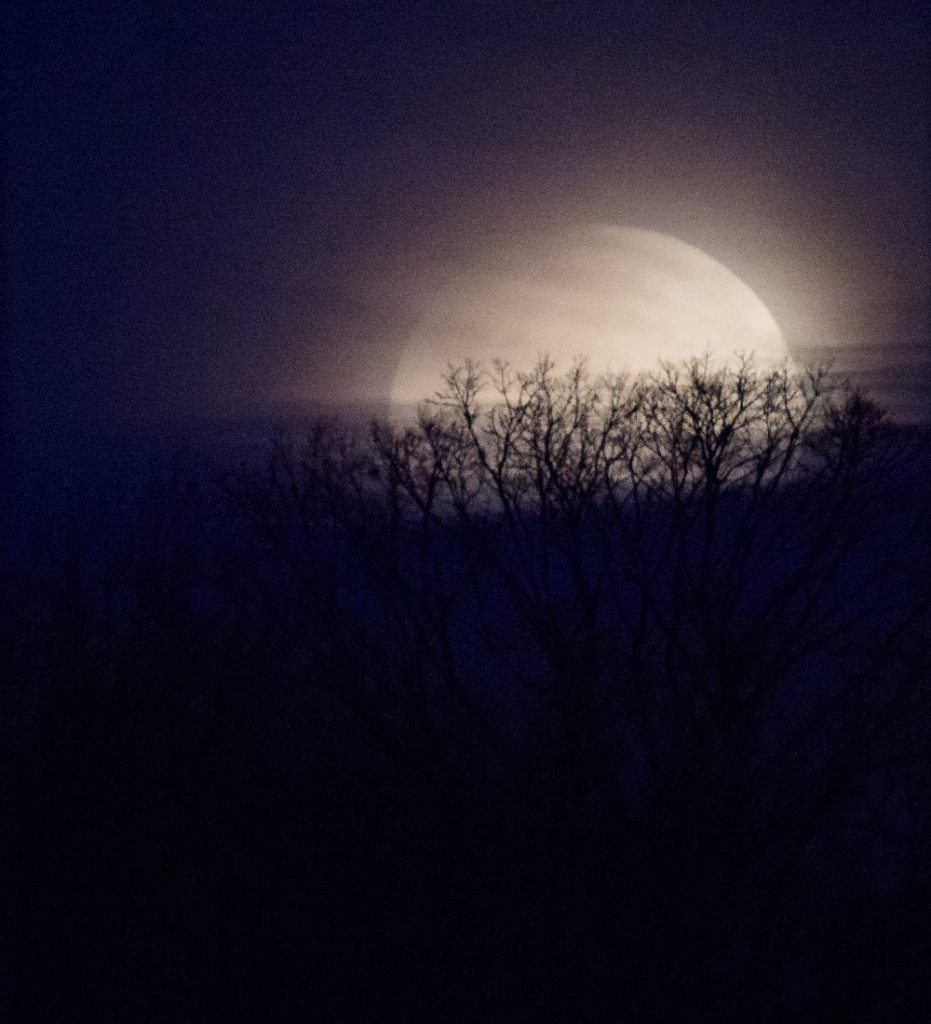 This amazing shot from NASA shows the Moon creeping up behind some trees at the US National Arboretum in 2018. A large number of the Earth’s beings would have looked upon sights like this all through their evolution.

Tell me about the Moon

It’s a solid, rocky mass, like the first four planets (Mercury, Venus, Earth and Mars). It does technically have an extremely thin atmosphere, but nothing substantial. Scientists believe the Moon may exist because an early version of Earth collided with a planet the size of Mars, and the remaining rocks formed into the Earth and the Moon. This is called the “Giant-impact hypothesis”, and has a fair bit of evidence. Scientists really developed results that suggests that the Moon may be much older than this, but this doesn’t necessarily contradict the “giant impact” idea.

This graph shows us roughly what scientists imagine might have happened.

Because The Moon is visible from Earth, it has been an object of fascination for human cultures since the dawn of civilization. The Moon has been described by various peoples and races as a female God, a male God, a rabbit, a Buffalo, and countless other unusual and interesting interpretations. This is probably because of the different colours of the Moon; the darker parts, or “Maria”, look like shapes compared to the brighter “Highland” parts. These areas aren’t actually any particularly different; “Maria” simply reflect a few percent less light, which makes them appear darker. 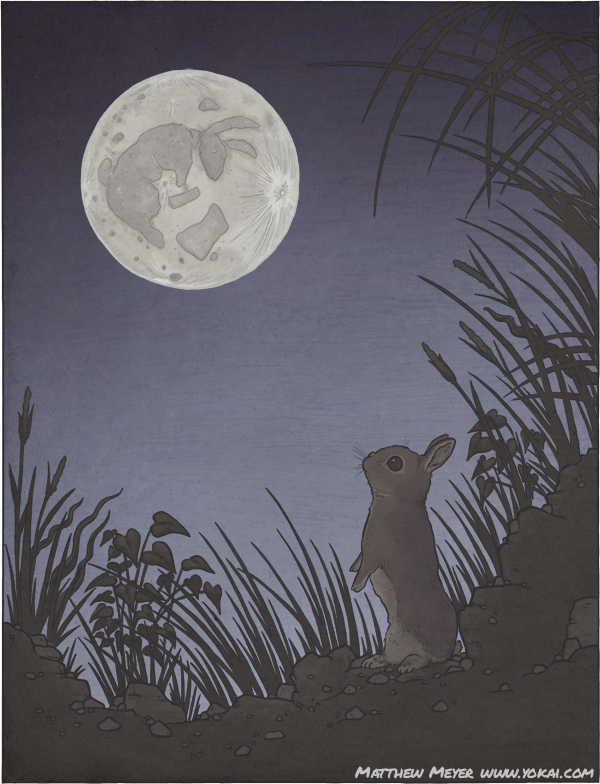 This lovely art from Matthew Meyer demonstrates how people – or rabbits! – may have seen likenesses of themselves or stories they’d heard in the Moon.

It is the only celestial body other than Earth that humans have  visited; between 1969 and 1972, twelve astronauts have walked on the moon, collecting samples and enjoying the reduced gravity; anything on the Moon weighs about six times less than on Earth. This is because the Moon is roughly six times smaller than the Earth.

Why does the Moon change shape?

The Moon is tidally locked with the Earth, which also means it is in “synchronous rotation”. What that means, simply, is it moves around the Earth just as fast as it turns on its axis. Or, even more simply, the same side is always facing the Earth.

However, the Moon also doesn’t produce its own light, and only reflects that of the Sun. That means that as it moves around the planet, the half of it that is lit by the Sun moves around but the actual Moon doesn’t. This is difficult to visualise, but this image shows it quite well.

The Moon’s visibility, age, and regular changes make it one of the earliest clocks in the world. Early human beings would use it to keep track of time, just like the seasons of the Earth.

How can I see the Moon?

As you might imagine, it isn’t too difficult to spot the Moon when it isn’t in its “New Moon” phase. It is the brightest object in the night sky; in fact, it reflects so much of the Sun’s light it can be seen quite often in the day.

The speed of the Earth’s rotation relative to the Moon’s orbit means that it rises about fifty minutes later every evening.  Like the Sun, it rises in the East. As with Jupiter, your best course of action for working out when it will appear is using the National School Observatory‘s website; unlike Jupiter, you’re unlikely to mistake it for anything else!

Next time, I’ll be talking about Uranus, the third gas giant, and the seventh planet in our Solar System. Somerset residents will be particularly interested in this one!