It’s not likely that you’ll get to see quicksand often in your life, so why not make a much safer version of it right at home? The Quick Sand science experiment isn’t very complicated, but is a ton of fun to do with a younger pair of hands to help! 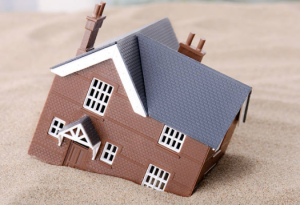 Quicksand is a sloshy variation of sand that forms when exposed to water. More specifically, water and loose sand combine in a way that keeps the sand a solid until heavy weight is put onto it. This is because the water cannot escape. After that, the sand loses its strength and acquires the characteristics of a liquid. More commonly, quicksand will form when also exposed to mud or clay that acts as the underlying layer to stop the water from draining. However, some sand is so loose that even a footstep can be enough to break that underlying layer and turn the sand into quicksand.