Welcome to the first of one of many Fun Science‘s CosWatch blog posts, which you can read through with your young scientist. 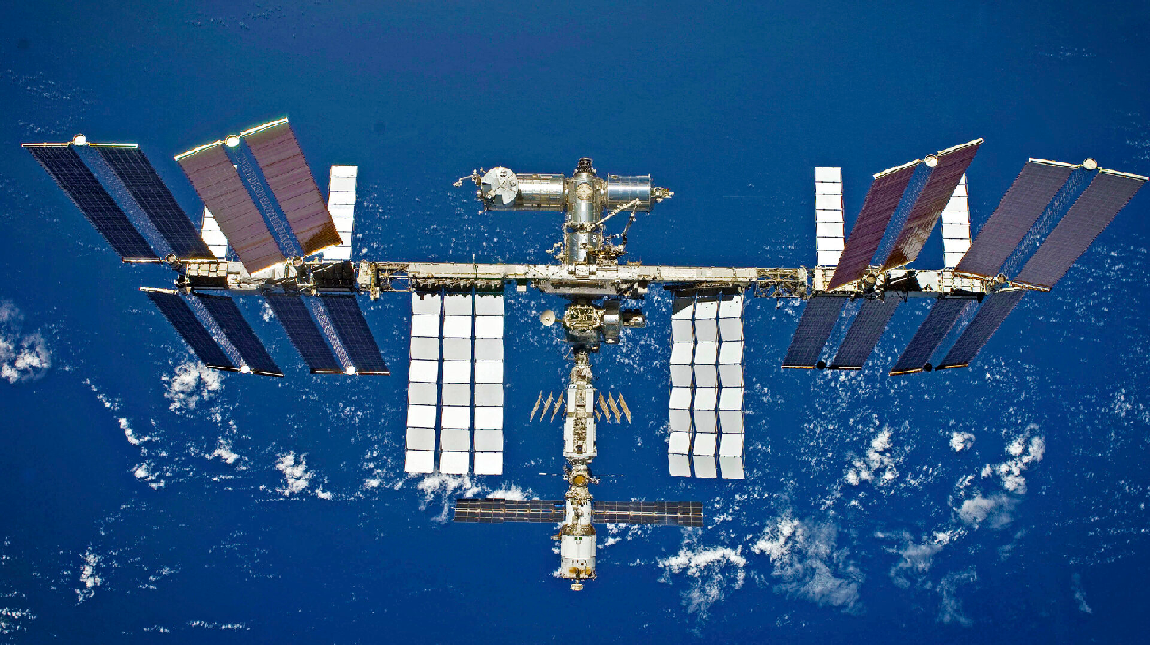 A beautiful view of the International Space Station, at 73 metres long and 419,725kg in mass.

This time, we’re going to be talking about the International Space Station, and how you can see the ISS without any equipment!

What is the International Space Station?

The International Space Station (or ISS, which is much easier to say) is just what it sounds like; a space station that is owned by different nations across the world. It was created for the purpose of science experiments; the astronauts on board can run experiments in a vacuum, which is a rare opportunity. 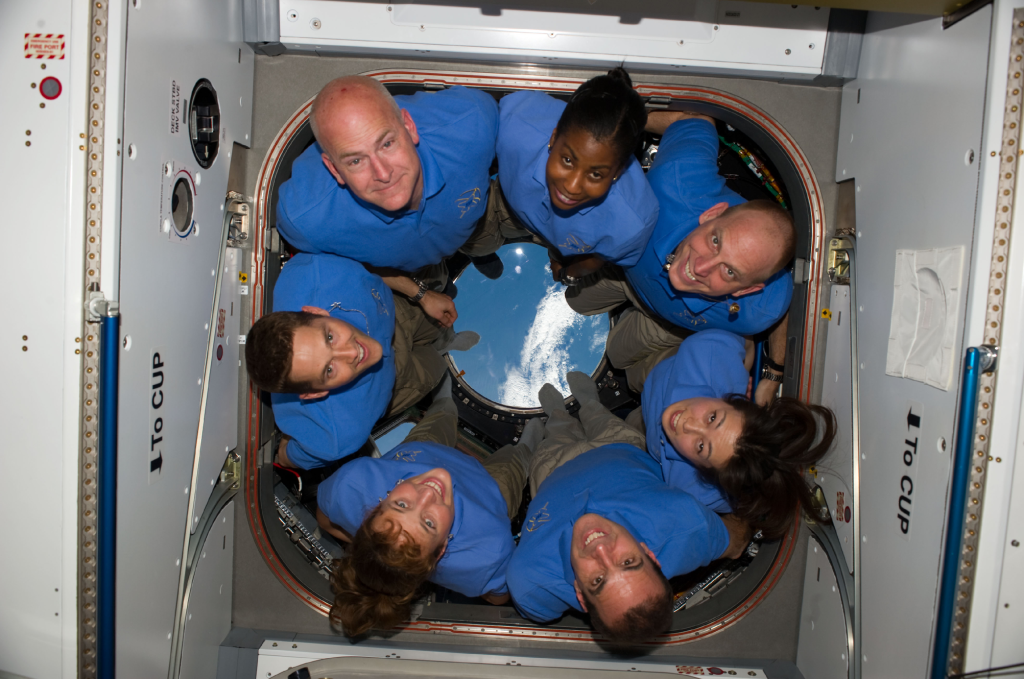 In this image, astronauts from many different backgrounds work together on the ISS. The American space agency, NASA, has even worked with the Russian space agency many times – unthinkable during the 60s!

They can also observe what happens to their own body; astronauts are usually there for four to six months, which means that their weightlessness will begin to have an effect on their bodies. Most astronauts grow taller, but also have to exercise a lot – the lack of gravity makes everything easy, so their muscles have less work to do.

It was “launched” in 1998, but that makes it sounds like one single craft, which isn’t really right. It’s more like a huge LEGO set, with big chunks that can be taken on and off of it whenever. These chunks include:

How can I see the ISS?

The International Space Station has an orbital period of 92.86 minutes – in other words, it whizzes round the Earth every hour and a half. This means that, quite often, it is visible in the night sky! It doesn’t produce much of its own light, but reflects light from the Sun off its solar panels, a bit like the Moon reflecting the Sun’s light. 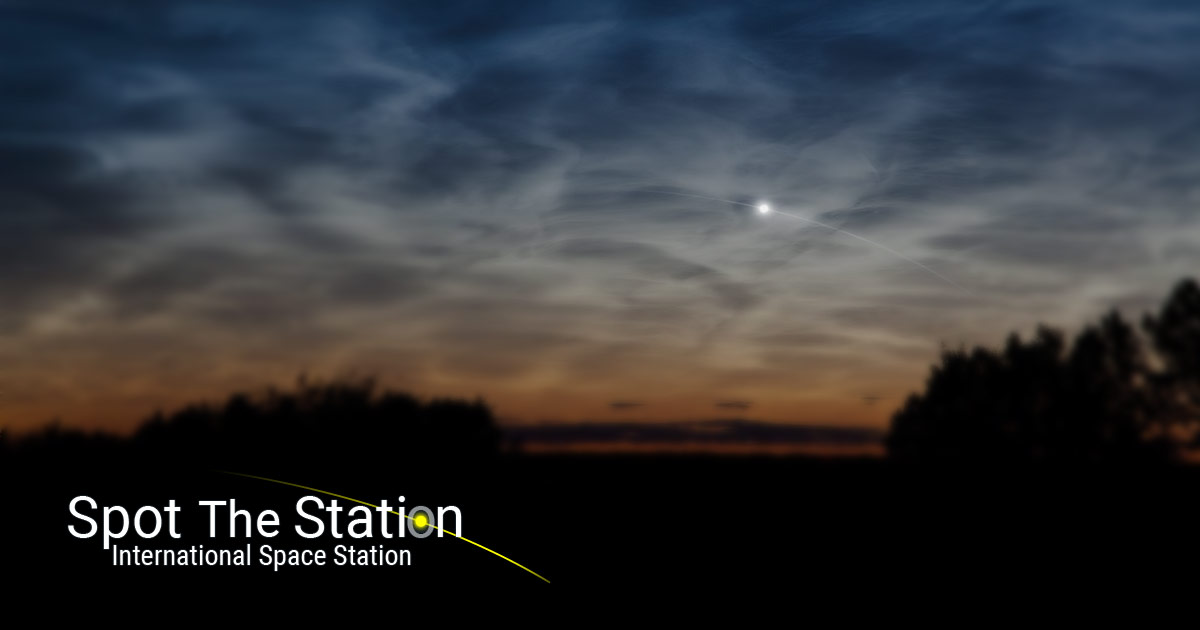 The International Space Station simply appears as a point of light in the sky, because it’s far away!

The best way to see the ISS is to use NASA’s Spot the Station website. This site will send you a video or text every time it flies over your local area – or you can simply check the times as a list. There’s also a map that show you where the International Space Station is at any moment.

From that point, you can see the ISS with the naked eye! Don’t worry, that isn’t as rude as it sounds – it just means you don’t need a telescope or binoculars. In fact, it’d probably be more difficult with them, because it moves so quickly across the sky! It usually takes the ISS about five minutes to reach one end of the sky from the other.

Next time, I’ll be talking about Jupiter, the largest of the eight planets. See you then!

I say that the ISS orbits the Earth every 92.86 minutes in this post, but curious children may be interested in hearing about something called Atomic Oxygen, or AO. The ISS is close enough to the Earth that tendrils of Oxygen, influenced by cosmic radiation and solar energy, brush against it. This creates a pulling force, about equal to that of an AA battery – very tiny, but enough that the ISS sometimes has to blast itself further away from the Earth to counteract its accumulated drag. Cool, right?

People of a LEGO persuasion like myself may be interested in this Twitter thread, which explains the history of the ISS using the LEGO set based on the station.