We’ve just released the starter park for our new collectible trading card game. This game plays just like Top Trumps – young scientists can compare the stats of scientists in fields such as astronomy, geology, biology and space exploration! 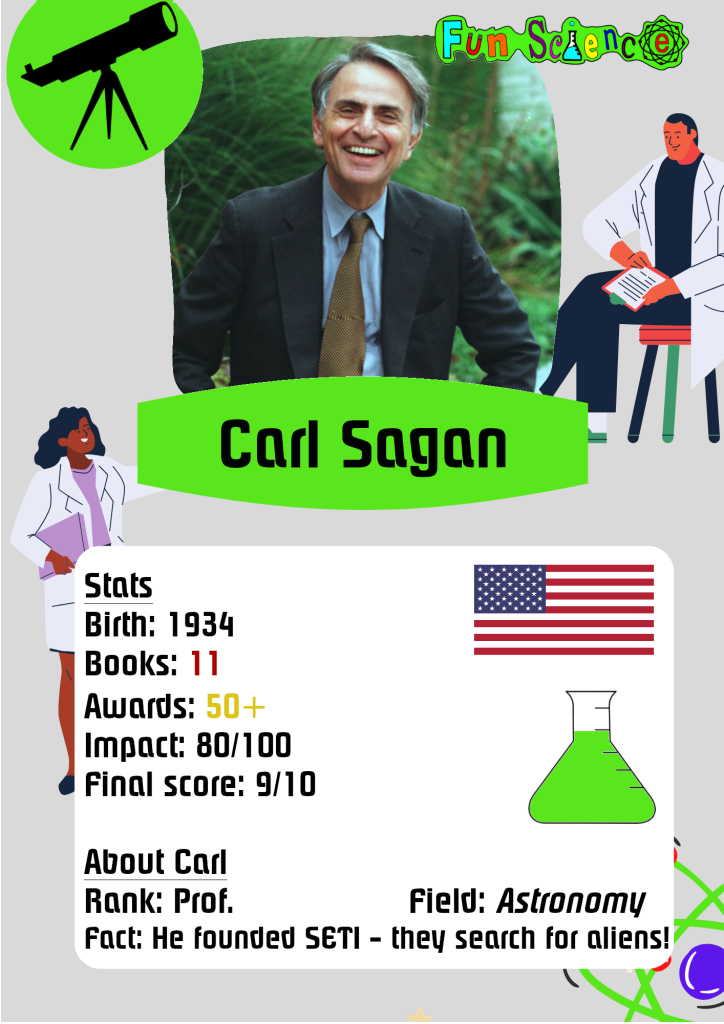 The first of our TOP SCIENTISTS cards – with plenty more to be seen!

How do I play the game?

Every starter or booster pack comes with preparation and play instructions.

1. Print these cards out.

2. Cut them out, paying careful attention to the borders.

3. Paste them onto cardboard with glue or sellotape – laminating is also an option them.

4. The players shuffle the cards into equally-sized decks, face-down.

6. The player with the best or highest value wins, and collects all the top cards, moving them to the bottom of their pile.

Check it out here: